So, I promised I’d put something up at least once a week while I’m gone. Think of this piece as a show of good faith (or whatever the phrase is). It a sequel of sorts to a previous post. For those who don’t remember (I don’t want to imagine you didn’t read it), here’s the link A Thief In The Night. I really advise you read it before this one, but… *shrug*

So, yeah. I don’t really know what prompted me to write this, but I did. So I hope you at least enjoy it a bit.

Later luvies *kilzes*
_______________________________________________________________
Nelly Furtado was singing softly in the background for my personal entertainment, as I lay stretched out on my bed.. It was late, and I really wanted to be asleep, but the sandman had been stingy with his dust, and agro is a pissed off female dog. And dear Nelly, sweetly cooing to me, couldn’t be asking any question more appropriate for the mood I was in. Why do all good things come to an end? About two months ago, I’d embarked on a late night adventure that hand scored me some serious booty. But that night, I laid there alone and horny.

It had all started when I wanted to purchase the PSP Go. I’d been anticipating a sharp decline in it’s exorbitant price, and had finally gotten a good deal. I’d quickly withdrawn my savings and collected from all my debtors, but I was still a bit short. As a last resort, I’d turned to my cousin, Deola. Before asking, I’d made sure she had the money buy going through her wallet, so I wouldn’t be asking for too much. Deola had lived with us since she lost her parents when we were still in secondary school. She was kinda like my older sister, but we didn’t necessarily always get along.

I can not perfectly describe my feelings when she said “No.” without looking up from the magazine she was reading. No excuses, explanations or apologies offered, just open rejection. I sat across from her at the kitchen table, stunned, upset and furious. I daresay my decision to steal the money was immediate. If she wouldn’t give it to me, I would take it. What was she doing with money anyway? Nothing was coming between me and my gaming.

And so I bid my time, waiting for the perfect opportunity, and then I struck. I’d successfully sneaked into her room and taken the money, and was about to leave, when things got a bit out of hand. To cut a long story short, that night changed a lot of things between Deola and I. We began an affair of sorts. I started making frequent midnight visits to her room whenever I needed to take a load off, or whenever she text to say she needed me, and we would help each other out, the thrill of getting discovered by the parents making it all the more exciting.

We continued this relationship of convenience for weeks, and all was dandy. She never complained, and, as far as I knew, neither of us expected more than sex from the other. So, imagine my surprise when she cut me off. First, the texts stopped coming. I’d just assumed she wanted me to keep coming down whenever I felt like, and didn’t dwell on it. Then she started giving me excuses whenever I went to see her. It was either her period, she was tired, or she had one pain or the other. It finally dawned on me what had happened the night I went down and met her room door locked. I knew better than to push the issue, and had returned to my room, dejected.

I sighed as memories of nights we’d spent together flooded my mind. The sounds, the smells, the amazing feelings, it was all too much and my hardening rod felt the same way. The only way I was going to get any sleep was by helping myself out it seemed, so I picked up my PSP Go, browsed through my collection of porn, applied some lotion, and let my hand get to work. It wasn’t long before my eyes were closed and I was lost in my own fantasies of driving into Deola’s wet tightness. Stroking myself as precum oozed out, I moaned her name several times. Softly at first, and then a bit louder. Secretly hoping she would somehow hear me and come to my aid.

“I’m here.” At first, I thought it was in my head, but then my eyes flew open when I felt warmth around the tip of my rod. There she was, standing by my bed, all smiles and sparkling, lust-filled eyes. I glanced down and saw the cause of the warmth I was still feeling. Her friend, Anwuli, was at work on my shaft, sucking tenderly. I couldn’t believe it. I opened my mouth to ask what they were doing, but Deola’s lips were on mine before I could utter any words. Tasting the alcohol on her tongue as she kissed me, I got the idea. I didn’t care if this was all a ruse or real, I was going to enjoy it.

I lay back on the bed as Anwuli sucked me off, pulled Deola on top me, grabbed her ass, and dragged her forward so her crotch was in front of my lips. She hadn’t bothered with underwear, and my tongue gratefully snaked it’s way into her honey pot. Warm, sticky wetness greeted me, and I sensed the fun had begun before they got to my room. I could hear her moan as my tongue probed her depths and my lips sucked and tugged at her clit, and the sound drove me into a frenzy. I started thrusting into Anwuli’s mouth with a lot more strength. To my surprise, and amusement, I met no resistance. My shaft slipped in and out of her mouth, and, occasionally, down her throat, with ease. I felt myself tense and reached down to hold her head down as I thrust in deep and poured into her throat. She took it like a pro, swallowing and sucking every bit of my cum out of me. I hadn’t even noticed Deola had slid off my face during my rush. I watched as she crawled over to Anwuli, dragged her head off my rod, and kissed her full on the lips. Oh crap. I was getting hard again.
_______________________________________________________________

Before I go, please check out @CapoeiraPanda’s latest piece Goodbye. It’s a response to my post Say Hello To Goodbye. You might want to read them side-by-side if you can. I just loved it so much, and want you all to see it :D. I apologize for the numerous links. 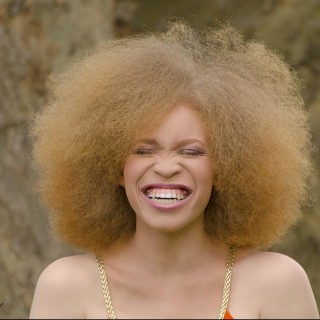